I need my beauty sleep!

A while ago i alluded to getting some interesting data regarding my sleep while
on the Slow Carb Diet. Before i started, i decided that a good source of information
would be to somehow monitor what my sleep patterns were like, since i feel that
sleep and energy patterns are directly related. After a little research, i found
the MotionX ‘Sleep’ App for my phone that does just the job. The app has a motion
sensor that records when you are moving in your sleep. You set it up on the
corner of your bed by your pillow and test it, the phone beeps at you any time
you move, which is when it would record data in a sleep recording. The app puts
it pretty well – ‘This app, while accurate, is not meant to replace an actual
medical device.’ So while it is a good guideline, remember that it may not be
an exact science, just a guideline. The results speak for themselves though:

I took 2 readings before i started Slow Carb to establish a baseline.

The app breaks down your sleep cycle into different phases, the amount of time
i sleep per night varies dependant on when i finish/start work, but i was most
interested in the ‘Deep Sleep’ and ‘Light Sleep’ comparisons. So prior to beginning,
i was in light sleep a lot more than in deep sleep, roughly a 70/30 split. Now
compare that with when i started Slow Carb:

Immediately, my sleep patterns evened out, sometimes with me getting even more
deep sleep than light sleep. This could also explain why i haven’t needed to nap while on the diet. I have been taking recordings like this throughout the week which have all had the same result. Now take a look at what happened
on the night of cheat day: 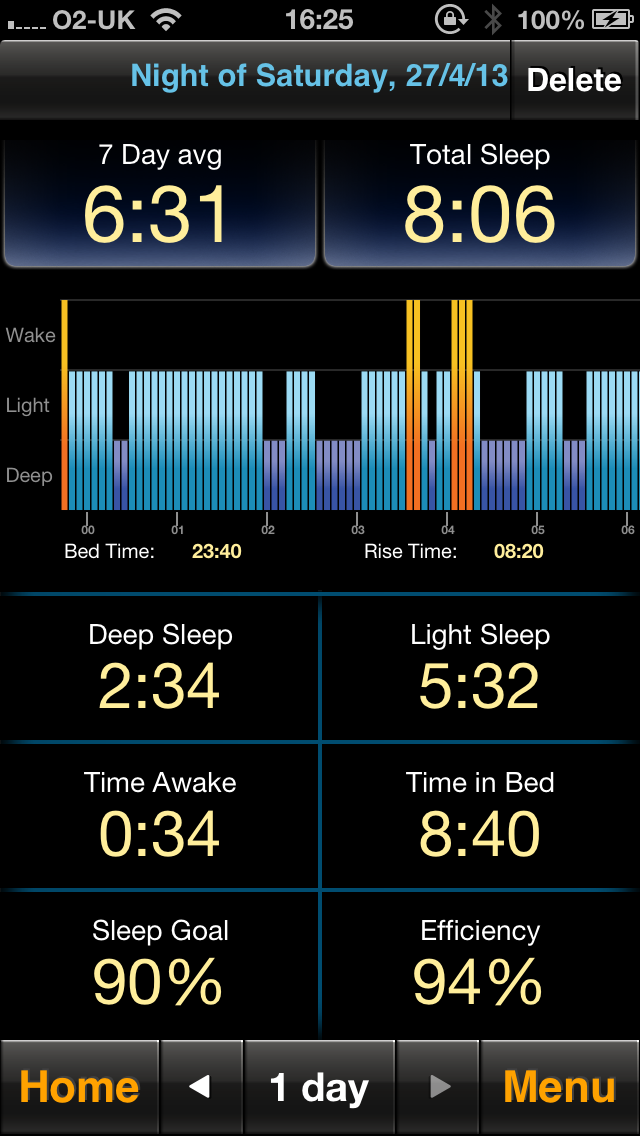 Notice the difference? I should note the dog was in bed with me this night, but she doesn’t move much so an alteration to the recording would be minimal. And what happened the following night when
back on Slow Carb? You guessed it: 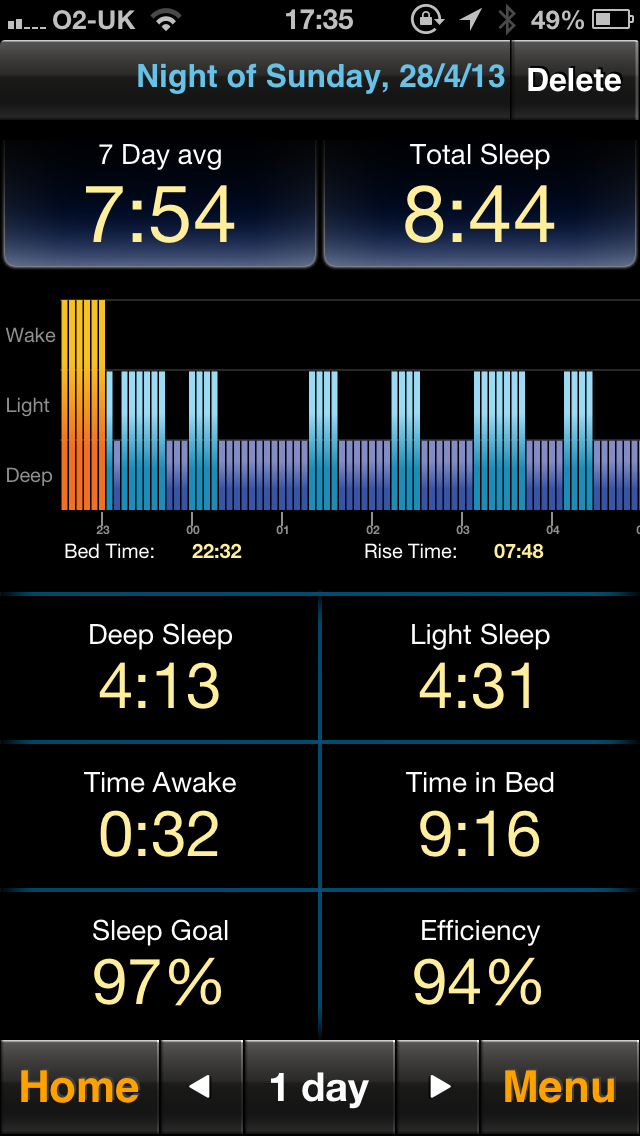 So once again, like i said before – i’m not trying to sell this
diet, nor books for Tim, but the data doesn’t lie. I’m still tracking and will
let you know of more in the future, especially after this week’s cheat day!